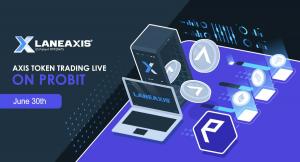 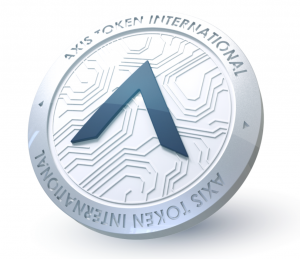 Our partnership [with LaneAxis] has already proven a success. The project’s debut on ProBit will create even greater exposure and build trust. We look forward to hitting new milestones with LaneAxis.”
— Alexei Dulub, CEO & Founder of PixelPlex

NEWPORT BEACH, CA, USA, June 22, 2021 /EINPresswire.com/ — LaneAxis is taking another giant leap forward in its mission to transform transportation via a blockchain-backed Brokerless Direct Freight Network. On June 30, 2021, the AXIS Utility Token will make its trading debut on one of the largest and most well-regarded centralized crypto asset exchanges: ProBit.

“This is a major milestone in our evolution as a transportation data giant,” says Rick Burnett, LaneAxis Founder & CEO. “The AXIS Utility Token is the ‘magic key’ that will unlock access to an unprecedented wealth of industry and load-level data, as well as other ancillary services. We’re thrilled to be making our debut on ProBit, one of the globe’s most trusted centralized exchanges.”

ProBit is currently listed as the world’s 23rd biggest exchange per volume on CoinMarketCap, the leading source of analysis and rankings of cryptoassets.
ProBit boasts daily trading volumes regularly surpassing $250 million, with weekly traffic to the site approaching 500,000 visitors. According to ProBit, it only lists what it deems to be “qualified and deserving” cryptocurrency projects. The ProBit Exchange has an order matching speed of over 1.5 million orders per second and a customizable user interface. In addition, ProBit Exchange provides users with the option of a hardware security key in addition to 2 Factor Authentication.

LaneAxis is not new to the blockchain space. Over four years ago we saw the value and potential of digitizing industry-wide data, which from the network perspective remains non-existent to this day. LaneAxis, Inc. began operations in June, 2015, and in November 2017 created AXIS Token International, a separate corporate entity based in the Cayman Islands. Following execution of the smart contract, the AXIS Token was deployed on Etherscan in January, 2019. You can view it here: https://etherscan.io/token/0xf0c5831ec3da15f3696b4dad8b21c7ce2f007f28#balances

Six months ago LaneAxis partnered with blockchain engineering firm PixelPlex to integrate the tokenized blockchain platform with the legacy LaneAxis SaaS network. PixelPlex has built systems for corporate titans such as Oracle, Mercedes-Benz, Swissbank and VeChain – which recently made news for reaching meteoric all time highs for its native coin: VET.

"We’re thrilled to be on board and help LaneAxis develop its blockchain platform aimed to transform the freight transportation industry", said Alexei Dulub, CEO & Founder of PixelPlex. "With 3,400+ investors and $3 million raised via Reg. CF in just 14 weeks, our partnership has already proven to be a success. The project’s debut on ProBit Global Exchange will create even greater exposure and build trust in the platform. We look forward to hitting new milestones with LaneAxis."

Here’s a snapshot of the various use-cases for the AXIS Utility Token:

– NETWORK CONNECTIONS: The 1.8+ million Network Carriers send invitations to connect directly to shippers to build their own “personalized” direct network. AXIS Tokens will be utilized to gain access to the 100,000+ shippers in our database. Conversely, shippers will use AXIS Tokens to query the network to connect directly to trucking companies. As LaneAxis expands globally, the same network functionality utilized in the U.S. will be introduced to other countries. As we have learned through research and numerous foreign inquiries, virtually every nation on Earth is equally in need of a Direct Freight Network and its baked-in benefits – which will be realized via the AXIS Token.
– SHIPMENT TRACKING: Carriers assign loads to their drivers with shipments tracked via the FreightVISION app – which is tied directly to the shipment management portal. AXIS Tokens measure KPIs such as driver performance, location loading and unloading times, and freight lane dynamics. The AXIS Token will score each driver’s performance – building a “FICO”-style score for individual drivers. An overall performance score will also be applied to trucking companies. Pickup and dropoff locations can be queried to provide loading and unloading times for shipment rate management.
– INFORMATION SERVICES: Drivers, shippers, carriers and third parties such as insurance companies will be able to purchase information services from LaneAxis in exchange for AXIS tokens. Information services may include: waiting times at destination points, detention time data, statistical reports for advertising companies, insurance companies, federal and state government agencies, along with all types of various industries tied to transportation/supply chain.
– OTHER SERVICES: The LaneAxis platform will offer new services to its users, that may include decentralized lending, load matchmaking, spare capacity trading, insurance market, network advertising and Governments that are interested in a Transportation Network that parrels the Aviation Network System. These services will be paid for in AXIS tokens.

ProBit will be the first – but not the only – centralized exchange the AXIS Token will be featured on. The digital asset has already been approved for listing on several other top-tier exchanges. We anticipate the token being listed on 4-5 exchanges by the end of August.

Concurrent with the ongoing token sale and exchange listing, LaneAxis has raised over $3.2 million in an equity Regulation Crowdfund (Reg. CF) campaign on StartEngine. (www.startengine.com/laneaxis)

To learn more about the AXIS Token and to read our White Paper, visit www.axistoken.io.

LaneAxis: Firsts of its kind Shipper-to-Carrier Network. Built on Blockchain.