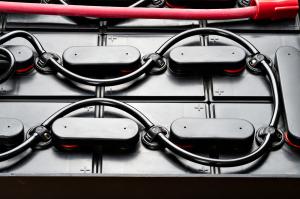 The Stealth Barbed remains one of the lowest profile and reliable lead acid battery watering systems available on the market. We've not made it even more cost effective.”
— Andy Napoleon Hill

As the most reliable and lowest profile float-based battery watering system available anywhere on the market today, you’d think that the stealth barbed watering system couldn’t get any better, right? Well, our expanding research and development team has brought forward improvements to the design of the valve and the system, making it, even more, cost-effective.

The Stealth Barbed Watering System is a float-based, single-point battery watering system that precisely fills all battery cells to the same level. The system was designed to give those using it an easy to install and easy to repair system with clamp-less barbed fittings which the industrial tubing slides over.

What makes the Stealth Barbed Watering System so good?

Not only is it quicker and faster than watering by hand, but the Stealth Barbed Watering System is also equipped with, robust PVC tubing, allowing the watering string to be virtually unseen on top of a lead acid battery. Along with the other features, this makes the Stealth Barbed Watering System:
• Easy to fit and even swap out valves.
• The industry's lowest profile system.
• Durable design.

Each of the components can be used in conjunction with any other system available on the market, giving you endless flexibility. This makes lead acid battery maintenance tasks quick, easy, and cost-effective.

What do you think? Start a conversation with us across our social media or if you’d like to be proactive about your lead acid battery maintenance and management, get in touch with us at sales@phlsci.com