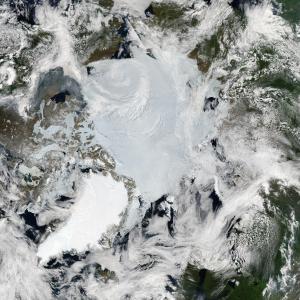 Nations are increasingly moving ahead of the regulatory curve in restricting HFO use and Methanol gives them a practical and scalable alternative that will see renewable volumes coming onstream”
— Chris Chatterton, MI Chief Operating Officer

Facilitated by the Safe Maritime Operations under Extreme Conditions: the Arctic Case (SEDNA), which advocates for an integrated risk-based approach to safe Arctic navigation, ship design and operation, the project secured a CEN Workshop Agreement on a process to address safety during bunkering of Methanol as a marine fuel earlier this year.

IMO member states in late November agreed amendments to MARPOL regulations to restrict the use of Heavy Fuel Oil in Arctic waters, changes that have come in for criticism from environmental groups thanks to exemptions and waivers that may not see a comprehensive ban on HFO come into effect until mid-2029. Some NGOs are also concerned that very low sulphur fuel oil used in place of HFO contains high levels of black carbon, a particularly dangerous pollutant to the Arctic environment where it can settle on and increase the melt rate of sea ice.

“The shipping industry knows that the use of HFO in the Arctic is unsustainable and questions around the black carbon content of VLSFO raise serious questions that need to be addressed,” says Methanol Institute Chief Operating Officer Chris Chatterton. “Being miscible in water and biodegradable means Methanol has negligible spill risk and it’s possible to use as a marine fuel with close to zero particulate matter emissions.”

The SEDNA project put forward technical provisions and assessment of relative safety risks along with safety zone guidance for three Methanol bunkering concepts: truck to ship, shore to ship and ship to ship. It included a safety assessment of the implications for the environment, for vessels and their crews of projected accidents where the vessels involved using low flash point and conventional fossil fuels.

Consideration was given for ships intended to be exposed to the Arctic’s specific environmental conditions, by providing comprehensively comparative safety assessments of the use of low flash point fuels in Arctic shipping operations in place of conventional fossil fuels. The CEN Workshop Agreement on Methanol bunkering processes set out requirements for bunkering Methanol to marine vessels and included the following four elements.

– Guidelines for usage of hardware and transfer system,
– Operational procedures,
– Requirement for the methanol provider to provide a bunker delivery note,
– Training and qualification of personnel involved.

“With the expected increase in shipping traffic operations in the Arctic comes a corresponding increase in the risk of accidents as well as an increase in ship-source emissions,” adds Chatterton. “Nations are increasingly moving ahead of the regulatory curve in restricting HFO use and Methanol gives them a practical and scalable alternative that will increasingly see renewable volumes coming onstream.”

Used as a marine fuel, conventional Methanol emits no sulfur, very low PM and according to data from MAN Energy Solutions has carbon dioxide emissions around 20% lower than conventional marine fuel oil. To meet IMO NOx Tier III requirements, Methanol can be blended with water which brings the ship into compliance without the need for expensive exhaust gas after treatment. In the longer term the production of renewable bio-Methanol provides a climate-neutral pathway for the industry to adopt sustainable marine fuel.

About the Methanol Institute
The Methanol Institute (MI) is the global trade association for the methanol industry, representing the world’s leading producers, distributors, and technology companies. Founded in 1989 in Washington DC, MI now represents its members from five offices around world in Washington DC, Beijing, Brussels, Delhi, and Singapore. MI serves its members as the voice of the methanol industry, representing companies within the membership to governments and businesses around the world to promote the sustainable growth of the industry. MI focuses on advancing the utilization of methanol as a clean fuel in energy-related applications such as land & marine transport, power generation, fuel cells, industrial boilers, and cook stoves. MI also supports sustainable and renewable process to produce methanol as a carbon-neutral chemical and fuel.