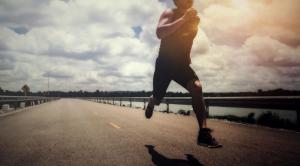 The effects of air quality on health and athletic performance

SPAIN, September 25, 2020 /EINPresswire.com/ — Citius, altius, fortius. Faster, higher, and stronger. This is the slogan of the Olympic Games, one of the symbols of the Olympic spirit along with the torch and the interlocking rings.

But considering the implications that air pollution has on sports, it might also be necessary to draw attention to the need for "cleaner" air.

Air quality conditions sports performance. At least, this has been suggested by studies such as that conducted by Guo & Fu (1), which analysed 56 marathons held in China during 2014 and 2015. For example, one of the conclusions was that an average marathon runner would need 12 more minutes to cross the finish line when pollution is high, similar to that recorded during the 2014 Beijing marathon.

However, pollution is a factor that varies throughout the day and along the race route. After all, its level is influenced by aspects such as traffic density, weather conditions or solar radiation. Thus, as a recent research study by Yale University shows the formation of secondary organic aerosols, which are key to the concentration of PM2.5 particles, increase with solar radiation and ambient temperature (2). There are other emission sources in addition to this particulate matter, such as particles generated by tyres or brake wear.

World Athletics, formerly the IAAF, is aware of the consequences of pollution. For this reason, in 2018 and in collaboration with the UN Environment Programme, it launched an awareness campaign to highlight the value of air quality in stadiums and sports events. The purpose was to monitor the parameters that can impact on the performance and health of athletes and the general population.

Continuous, real-time measurement enables patterns to be established as well as the analysis of the best times to train or compete. In this way, many athletic events could be avoided during the worst time of the day, as Dr Paolo Emilio Adami, Director of the Health and Science Department of World Athletics, expressed in 2018.

As an air pollution monitoring solutions provider for World Athletics, Kunak is providing the technological means and data for this monitoring to be carried out reliably and rigorously. Thus, our Kunak Air A10 has been tested in different sporting events such as:

– The Valencia Marathon in December 2019, at which measurements were taken before and during the race. For example, pre-monitoring was carried out by riding a bicycle around the circuit equipped with a mobile measuring station. These readings were supplemented on the day of the competition with another station placed on the official vehicle that timed the event.
– The Diamond League event held in Monaco in July 2019, where air quality data was shared with athletes and the audience in real-time.
– The monitoring of air pollution in Mexico City as part of the August 2019 marathon. This task also marked a milestone as it was the first time that a sporting event of this kind was monitored by air quality sensors.
– The control of environmental conditions during the 2019 World Athletics Relays in Yokohama, Japan, whose analysis led to the publication of a scientific paper in Science of the Total Environment in February 2020.
– The measurement of air quality in the Addis Ababa Athletic Stadium (Ethiopia), this being the first foray into the World Athletics campaign in Africa.
– The installation of measuring stations in Nairobi (Kenya). These devices were installed in order to monitor the atmospheric conditions of the
World Athletics U20 Championships scheduled for July 2020. However, the coronavirus outbreak caused the event to be postponed.

What are the consequences of environmental pollution on athletes?

Sports performance is important. But what is the relevance of crushing records when athletes' personal health is at stake?

Elite athletes such as Haile Gebrselassie or Paula Radcliffe, who are both asthmatic, have faced this dilemma on numerous occasions. Gebrselassie, for example, decided not to run the marathon at the 2008 Beijing Olympic Games. The reason given was the high pollution levels. This situation, which is common in the Chinese capital, also raised concern among the participants of the aforementioned 2014 marathon, as can be observed in the following video:

Practising sports brings about changes in a person's breathing that can worsen the negative effect of pollution (3, 4). For example, an athlete:
– increases their breathing rate and flow rate, causing the amount of inhaled pollutants to be higher and reach deeper into the respiratory system; in addition,
– they usually breathe through their mouths, thus they lose the filtering effect of their nasal hair.

Winning is an aspiration associated with professional sport. It is the culmination of a path forged through perseverance, effort, and sacrifice. Now imagine not being able to reach that goal because the moment you required your body to function at 100%, bad air quality prevented it. Like those Sri Lankan cricketers who fell ill due to the pollution, they endured in Delhi.

Monitoring air quality means knowing with greater certainty in which conditions a sporting event will take place. It means having data with which to make decisions. Having the possibility to delay or move ahead of the start of a race or reset its route in order to avoid passing through pollutant black spots. But above all, it means looking after the health, not only of athletes but of the population in general. This is because pollution can make people sick. However, by highlighting what good air quality means, people's level of well-being increases.

And that's where we are all winners.