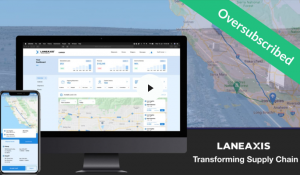 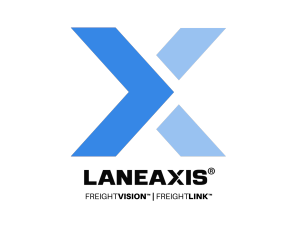 People now see the benefit of LaneAxis and the FreightLINK™ network connecting 1.6 million carriers directly with hundreds of thousands of shippers around the country.”
— Rick Burnett, LaneAxis Founder & CEO

COSTA MESA, CA, USA, May 19, 2020 /EINPresswire.com/ — LaneAxis, Inc., a supply chain-focused SaaS company, closed out its Online Public Offering (OPO) a week before the campaign’s scheduled end, hitting the finish line 8-days early with an incredible tailwind of momentum. The company reached the current maximum investment amount allowed for a Reg-CF offering (Regulation Crowdfunding) – $1.07 million – on late May 14, 2020, one full week before the campaign’s scheduled May 21 end date.

Hosted on the equity crowdfunding site StartEngine, LaneAxis built a steady stream of supporters immediately upon its February 21, 2020 launch. But the company truly gained unstoppable momentum down the stretch – earning its final $500,000 in just 4 days. With a final tally of 1,619 investors – the average investment amount came out to $660.87 per person. The campaign’s largest investment was $15,000.

“We launched this campaign just as a global pandemic triggered economic fear and supply chain disruptions throughout the globe. Of course that timing was out of our control,” said Rick Burnett, LaneAxis Founder & CEO. “But as the pandemic progressed, it exposed the incredible inefficiencies and outdated processes plaguing the current supply chain. Most importantly, this supply-chain emergency highlighted the glaring need for a true shipper-to-carrier direct network that provides load-level driver visibility and immediate Carrier connectivity. People now see the numerous benefits of the LaneAxis FreightLINK™ network connecting 1.6 million carriers directly with hundreds of thousands of shippers around the country. I believe people really saw our passion and determination to dramatically improve the freight transportation industry – and not at some time in the distant future – but now.”

Within 24 hours of reaching its campaign funding limit, more than 100 people had signed up for the waitlist, committing an additional $100,000+ in funding for LaneAxis in the event previous investments fall through. The waitlist has now grown to more than 200. Supporters have until the campaign’s originally scheduled end date, May 21, to sign up for the waitlist.

“The fact that our biggest contribution was $15,000 – and the fact that so many people still want to be involved in the project even after our closing – reflects the phenomenal groundswell of support we received,” adds Burnett. “Average citizens, hard-working Drivers and Carriers, Shippers, and a community of knowledgeable believers in our solution made this happen. The number of unsolicited social media shares we experienced was off the charts, and really helped create the snowball effect that took us the distance.”

LaneAxis is leveraging patented software to build a Shipper-to-Carrier direct Freight Network powered by the FreightVISION™ App. The FreightVISION™ platform, now market-ready, charges $.99 cents to track and automate the management of freight movements in real-time. The company’s premiere product, FreightLINK™ is set to launch in July, 2020. FreightLINK™ is essentially a transportation network marketplace where Shippers and Carriers can do business together – bypassing third party intermediaries such as freight brokers that consume between 20-50% commission fees for their services.

LaneAxis' database of 1.6 million Carriers verifies "Carrier Profile" information for all operating companies, and geographically pins them onto the platform’s network map. Similar in concept to “LinkedIn,” Carriers will pay $4.99/month for the ability to send and receive “connection” requests to and from Shippers. Artificial Intelligence (AI) will also suggest connections based on various criteria. The service is free to Shippers. Carriers will now be empowered to build limitless connections directly with Shippers, greatly boosting their chances of obtaining daily direct freight options and ultimately eliminating the need for freight brokers. LaneAxis will focus its immediate efforts on the 1.4 million trucking companies that own just 3 trucks or less – the companies most reliant on costly freight brokers and load boards that gobble up roughly $200 per $1,000 shipment. Now, instead of getting paid just $800, the Carrier/Driver will collect the entire $1,000. All for just $4.99/month.

Another major selling point for investors is the planned future implementation of blockchain technology into the system. AXIS tokens have already been issued to thousands of purchasers via an Initial Token Offering (ITO). The AXIS token will serve as the direct payment vehicle in the network with utility applications for load level verification. Data and documents will be stored on the blockchain, which is an immutable, cryptographically protected distributed ledger accessible online.