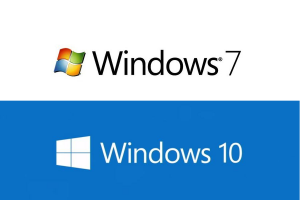 You can bet malware will be developed exploiting Windows 7 users. It's simply not worth the risk to stick with an unsupported, and therefore vulnerable, operating system.”
— Andrew Rich, CEO

According to Quikteks Tech Support owner and CEO Andrew Rich, "Windows 7 has had a good, 10-year run. However, once Microsoft stops supporting it, Windows 7 users will no longer receive security updates, leaving their systems vulnerable."

This is in line with Microsoft's long-standing product lifecycle policies. For example, its Fixed Lifecycle Policy for business, developer, and desktop operating systems offers 10 years of support (mainstream support for five years and five years of extended support). Microsoft will stop supporting Windows 7 officially on January 14, 2020, leaving Windows 7 users with nine months to upgrade to Windows 10 or another operating system.

"Not only will security updates for Windows 7 and its version of Internet Explorer cease on January 14th," Rich said. "You can bet malware will be developed exploiting Windows 7 users. It's simply not worth the risk to stick with an unsupported, and therefore vulnerable, operating system."

Rich explained that because Windows 7 is nearly a decade old, most Windows 7 users will be best served by moving to a new Windows 10 PC rather than attempting an operating system upgrade.

"Newer Windows 10 PCs are faster, more secure, more powerful and less expensive than their earlier Windows 7 counterparts, making it a no brainer for most business owners who've long since recouped their original investments in Windows 7," Rich explained. "That said, for those with relatively new, Windows 10-compatible devices, an upgrade to Windows 10 may be beneficial."